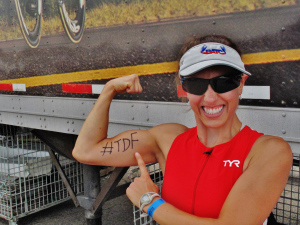 Photo: SO 2013 It all started with #10: “When I saw you wearing a tank top, you caused me to stumble. Will you please stop wearing tank tops? [ignores my response.] Will you please stop wearing tank tops?” I was a sophomore in college moving into my apartment one sticky late August day. I worked up a sweat and headed across campusto pick up a refreshing smoothie when I ran into a guy I knew from a campus ministry I was then a part of. We said “hi” briefly and went on our own merry ways. Little did I know he would soon ask to meet to admonish me for wearing a tank top on a breezeless humid day, describing it as “causing him to stumble,” which took me a minute to realize meant “getting a boner,” a completely natural body reaction that can happen from many kinds of stimuli…

In some people’s book, there is something about being African-American and being just African. Something that makes some hair products specifically for “African-American hair” and makes you wonder when it started to become different from African hair. It always makes me smile every so often on natural hair forums.

But the “difference” doesn’t limit itself to hair, beauty products (or baby clothing, for that matter) and relationships. It also touches subjects such as race and racism; subjects that I thought, wrongly, would unify people rather than divide them further.

During a conversation on race, an African American stated that it is not easy for people who are not American to understand racism from a western context.

I received this statement with discomfort and surprise.

In other words, I am too African to understand racism. But does racism demand a certain degree of “westernness” to be understood? Is racism better made in America and different from the one in China, Nicaragua or Portugal? Or even the one I experience in my own country, on the African continent? Can’t John Doe insult your Blackness on the streets of New York and then, six months later, fly to Bujumbura and do the same to me?

In my opinion, one doesn’t have to be Black and in North America to understand the nuances of racism, because that would imply that Black people from anywhere else in the world lack the proper radars to identify it from miles away. Or that African people don’t possess the right amount of wits to catch the fineness of it and react promptly to the scorn of an allegedly hurtful comment.

This is not my first time having to discuss the nuances of being Black around the world, I had a similar conversation with a Jamaican acquaintance, the talk was heated and not very productive. With hindsight, I wish I could have been less oblivious to the uneasiness surrounding this subject. I understand that a shared complexion and hair texture don’t imply a shared culture necessarily, but then again culture has nothing to do with understanding racism…or specific Afro hair care.

Racism is not a registered trademark, stronger and more charged in North America, making it an off-limit subject for anyone else. It is never enhanced or watered down by one’s geographical location or personal background. I find it to be unfair for anyone -no matter how westernized- to try and underestimate someone else’s experience of racism based on where s/he was raised.

I am asking a lot of questions in an attempt to open a discussion on the contexts of racism and try and understand why racism would ever be perceived differently by a Black person around the world. I truly wish to understand what would make a Black person say to another “you can’t understand this kind of racism because you’re not in my shoes.”

I’ll leave you with this:

“We black men have a hard enough time in our own struggle for justice, and already have enough enemies as it is, to make the drastic mistake of attacking each other and adding more weight to an already unbearable load.” -Malcolm X